After digging a greedily as possible it turned out that not a single piece of useful metal ore could be found. As everyone had already mortgaged themselves up to their beards in lieu of the ground returning great shiny metal things, it was swiftly agreed to pack the essentials (1 cat per family) and seek out better fortunes. At least something better by the 31st of the month. 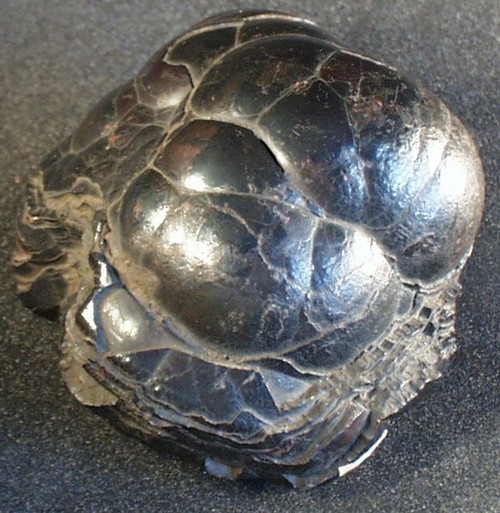 A volcano was well known in the area, The Lurid Torches, and those that thought more than 1 ale into the future decided that it would be a good place to start. Upon arrival it was also seemed that a nice brook flowed nearby. Some old coot warned us of crabs in the area but the brook seemed clear apart from the odd Longnose gar. 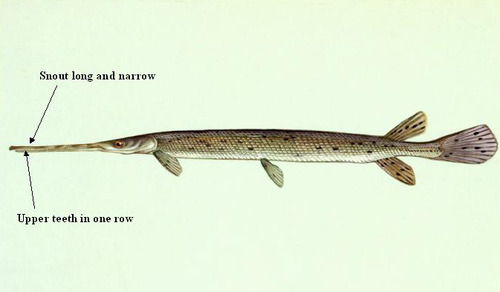 The fort was quickly underway. Perhaps too quickly as even though the master plan sounded like nothing could go wrong…two dwarves, one of whom the finest miner in the hills, suffered a horrendous but instant death when trying to tap into the power of the volcano. Not wanting to miss out on the fun their bodies returned as ghostly creatures to roam the fort and terrorise blue peacocks as they saw fit. The more religious of the fort decided that these ghostly beings should be laid to rest and proper slabs should be placed for them. The peacock farmer also agreed as it was turning the peahens’ eggs sour. 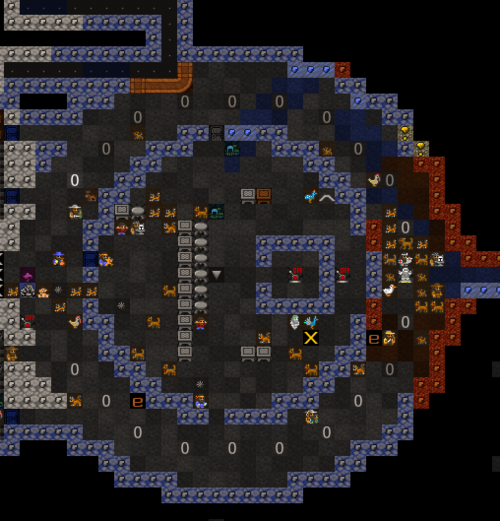 However, the miners’ efforts weren’t completely lost and soon a great magma heated forge and several furnaces echoed with the sounds of iron against iron. Great piles of magnetite waited patiently to be turned into swords, armour and statues of cats for mother’s day. 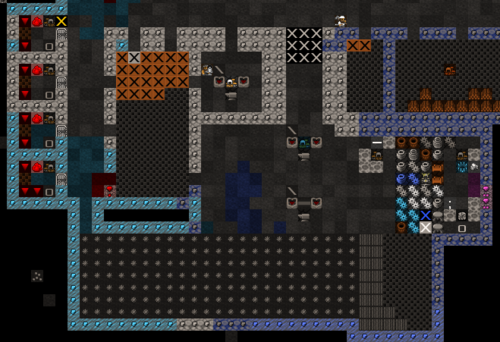 With all the gusto that goes with “everything’s just going swimmingly” comes surprises…No sooner than the bedrooms were carved, a great cavern was stumbled into. Wary of the strange mushrooms, and noises the darkened voids produced it was decided that it would be best if the hole was covered over and no-one speak of it again. 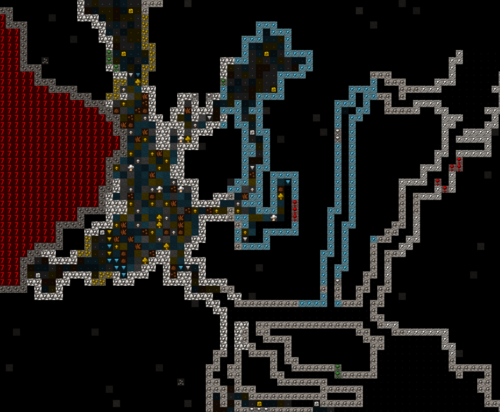 Several migrates had arrived over the year. A noisy bunch and seemingly with a leader who decide that this fort needed a mayor and by jove he was going to be it. His first mayoral duty was to demand a decent quarters and private dining room for himself. We put a statue up in his bedroom to hopefully make it decent. Presumably it emitted an air fresher to mask the smell of the result of so many cats and so few on litter box duty. Clearly the mayor was taken by the statues and demanded several more to be built. He took satisfaction in them being built more than others getting to see the statues, but we put them up about the place. Always useful to have an ear to tie string to for parties. 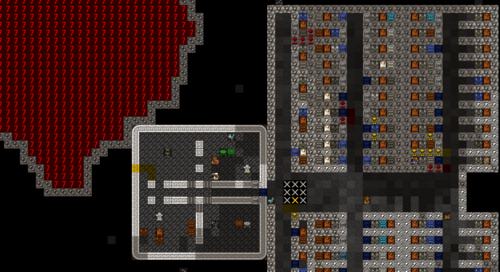 Whilst the mayor inspected his statues, someone raised the idea that a gaping hole as a front door perhaps wasn’t the wisest. Well, instead of just standing there pointing things out why didn’t they do something about it! and they did: 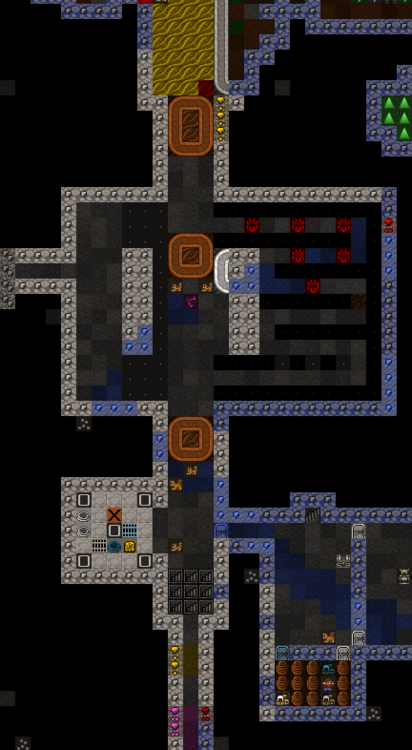 A good idea, although someone forgot to check the fact that the bedrooms lay directly beneath where this torturous path full of serrated iron discs would push those undesirables. So we’ll see how that turns out.

As it happened, a few arse faced goblins turned up thinking this new fort was easy pickings. Needless to say they felt the flat (or point) of our freshly minted iron swords, maces and spears. It must’ve been the middle of the month of Limestone, as whilst goblins’ internals were being stirred together a great set of badgers - quickly becoming a great set of angry badgers - appeared on the battle field snapping at dwarves’ knees. Looking for something extra from the battlefield to take home to

the little ones, the military turned to the badgers and dealt the final blows. The once green pastures in front of the fort are now scattered with limbs, goblin and badger alike, and streams of blood run across the grass. 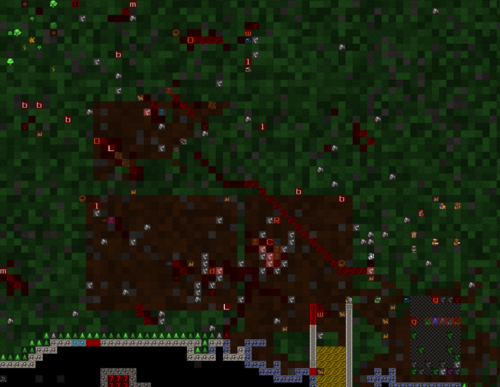